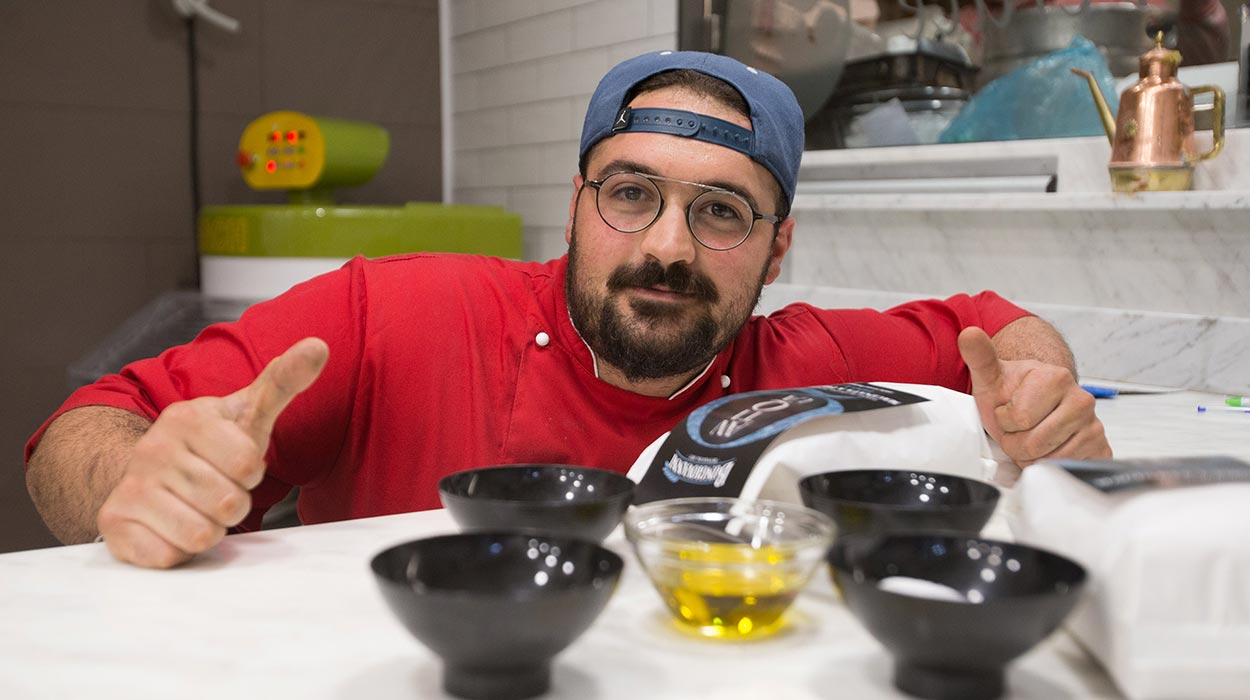 Cristiano de Rinaldi was born in 1994 and lived his first years in Valle d'Aosta, becoming bilingual French/Italian. He immediately became passionate about the family business in the pizzeria restaurant "La Fordze". In 2005 he returned to Naples where it had started, in the meantime, the adventure of "La Taverna di Bacco".

Despite his highly cultivated interest in the world of restaurants, Cristiano first completed his high school studies, only later he dedicated himself to the family business, reaching important goals in a very short time.

His interests are not limited to Neapolitan Pizza, but include traditional cuisine, burgers and sandwiches, as well as the search for craft beers; in fact, he is responsible for different improvements to the IPA-ZONE family craft beer, which in 2014 wins the second place at the Italian Homebrew Championship in Parma. Cristiano also studied as a Sommelier, obtaining the title at the FISAR Italian Federation of Sommelier Hoteliers and Restaurateurs.

After carefully studying the dough, he managed to make a totally homemade dough with natural leavening, on this basis in 2016 the "Panino di Cristiano" is born, a small selection of high quality burgers and sandwiches made 100% on site. The characteristic of the burger is that despite being in American style it is adapted to Italian tastes, using local products and meat of the highest quality.

Cristiano also collaborates with the AVPN (True Neapolitan Pizza Association) for which he holds training courses for pizza makers, he participates in numerous initiatives and events, but above all he gives advice for pizzerias all over the world. His great manual skills, wide experience in the world of restaurants, great theoretical preparation and knowledge of English and French allowed him to travel in England, Scotland, Norway, Sweden to offer his consultancy.

All this makes Cristiano de Rinaldi one of the most promising young pizza chefs in Italy.